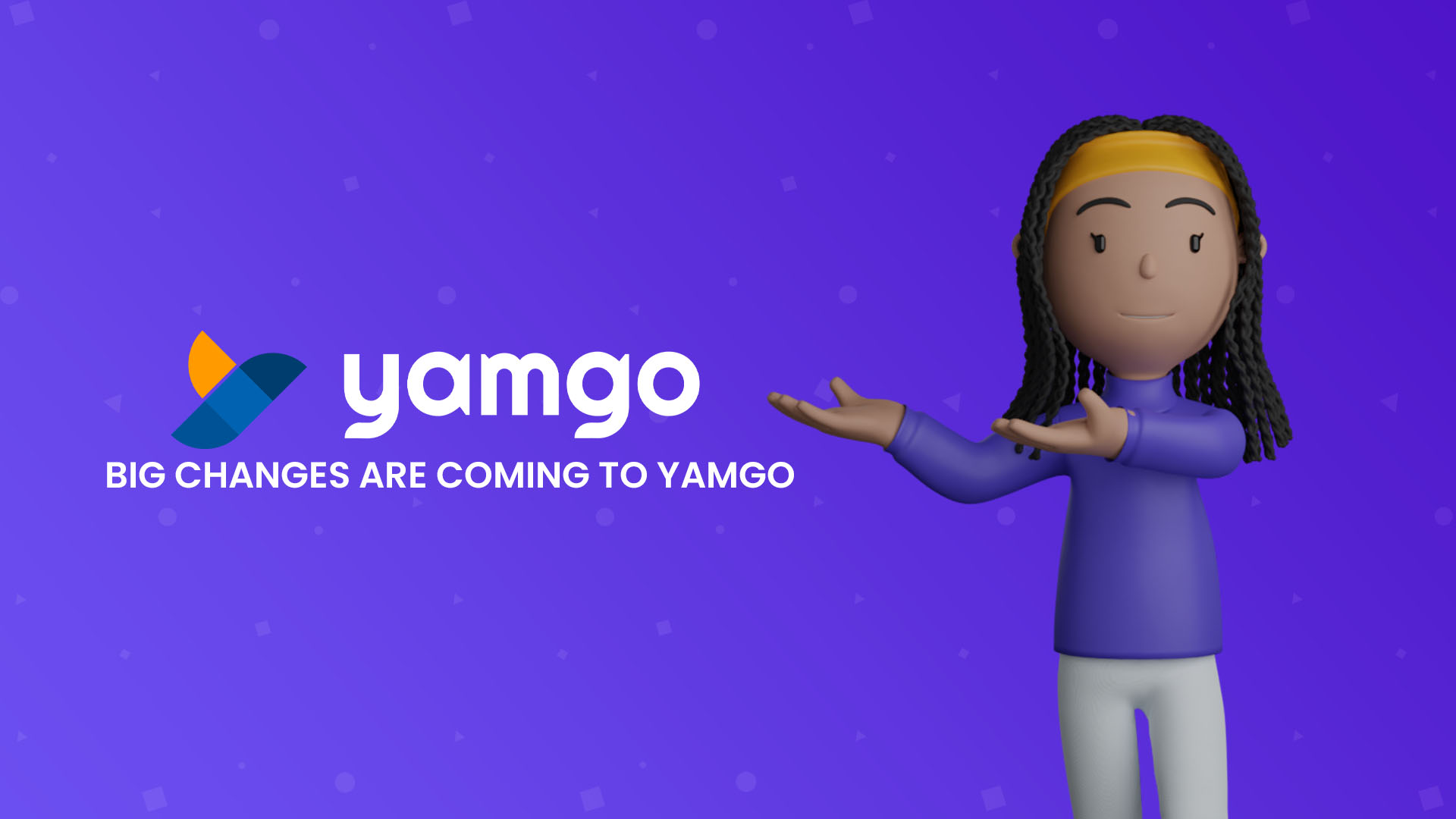 It’s been just over 4 months since we launched the beta version of Yamgo and so far over 125,000 people have joined the platform and earned their first HBAR rewards.

The goal of Yamgo is to reward users across the globe for their time, data and attention in their online activities. We are aiming to build an ecosystem where people can benefit from the money that their favourite brands invest in marketing while having the choice of how much private data they want to share.

From the moment Yamgo launched we have been studying anonymous user data and speaking directly to Yamgo users to better understand what people are enjoying about the platform, and what they might dislike about the Yamgo beta. It’s clear that many people are thoroughly enjoying using Yamgo and earning rewards, but we’re working on some changes to make Yamgo even better.

Over the coming weeks, we’ll be introducing a host of changes to some of the features of Yamgo to help people get more enjoyment from Yamgo and earn even more rewards

It’s fair to say that while people have been enjoying offers and earning lots of rewards there have been difficulties with offers. Browsing through individual providers is time-consuming and there have been some providers who have let us down with offers that don’t pay rewards properly, leading to frustration for Yamgo and our users. So we’re changing it up.

In the next few weeks, we’ll be releasing a new offers experience with a unified interface, better offers, bigger brands, more curated offers, more ways to earn and even some offers that are exclusive to Yamgo.

An improved Boost and Prestige system

The aim of Yamgo Boost is and has always been to reward the people who contribute the most to helping the Yamgo platform. From completing offers to generating referrals and sharing Yamgo on social media, our goal is to reward the people who are helping to build and empower the Yamgo community. Many people currently enjoy Yamgo Boost but there are even more people who want to join in, so it’s time for a change. The new Boost and Prestige system will see lower requirements to join and earn your first boost. The number of Boost levels is being adjusted from 20 to 30 and Prestige will become a significantly more important factor when your random Boost reward is generated. Unfortunately for a small number of people, this change means that they will earn less HBAR than they do currently, but this change is necessary. The updated and improved Boost is fairer for all and will allow more people than ever to claim daily boosts. It also means that the most active users of Yamgo will enjoy more rewards.

The more people who use Yamgo the better it becomes and we believe that anybody who helps Yamgo to grow should be rewarded. This is why the referral system exists. The unfortunate reality is that since the launch of Yamgo there has been a large number of spammers and fake users trying to game the system and claim rewards from sign-up and referral fraud. While Yamgo has an evolving fraud prevention system that blocks the majority of fake sign up attempts before users can even register an account some more sophisticated spammers managed to create some fake accounts. Our initial response was to continuously monitor and block these accounts, removing them from the system while reducing the rewards and incentives for these bad actors to commit sign-up fraud, however, this also meant fewer rewards for honest, legitimate users of the platform.

We’re changing the referral system and removing the bonus when somebody you refer signs up. Instead, we will increase the rewards for other and more meaningful actions inside Yamgo, so real Yamgo users who refer friends that truly engage with the Yamgo app will make more significant rewards while spammers who manage to get past the roadblocks will get nothing.

More Rewards and more ways for you to earn

We’re not stopping there. Yamgo will be introducing several new features over the coming months including more Hedera account management tools, new ways to earn, collectable items and more.

So get ready for a bigger, better Yamgo with more rewards than ever before.

Ryan Davies is the Chief Product Officer For Yamgo Ltd. As the Head of Product Development Ryan oversees all aspects of product research, strategy, design, transformation, delivery and innovation. Ryan is a Product Designer, Creative and Cryptocurrency & Blockchain tech enthusiast who drinks too much tea.