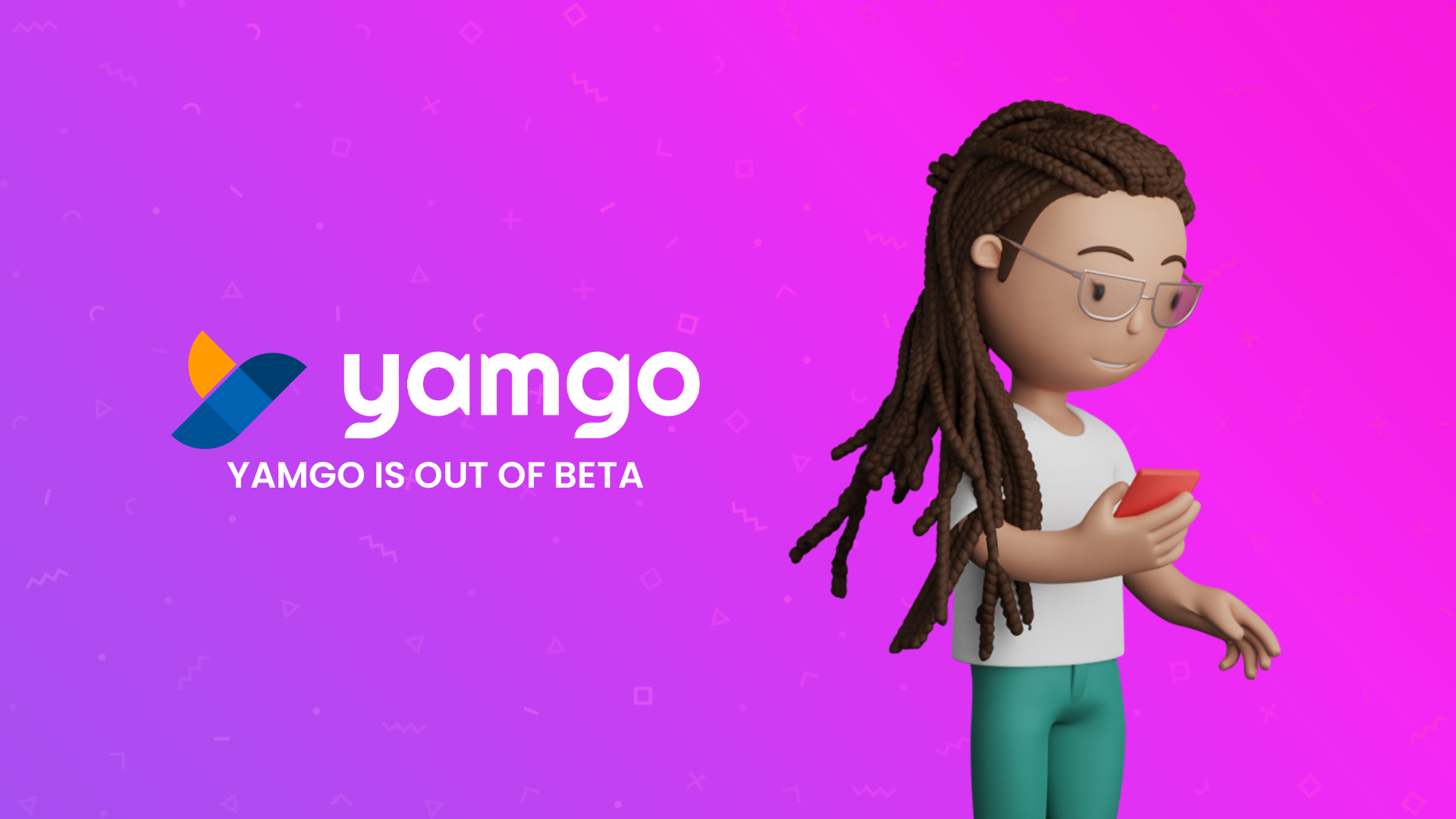 Yamgo is officially out of beta. What’s new in v1.0?

Yamgo, the only money-like crypto-asset rewards platform built on the Hedera network, is now out of beta and available for more people than ever before.

Today, Yamgo has announced that it is bringing the platform out of beta with some new features and changes. Yamgo surged in popularity after launching in July this year, and over 135,000 people have signed up for Yamgo and earned their first HBAR reward.

While the platform has enjoyed a lot of success during the beta period the team behind Yamgo are not resting and have been working hard and listening to user feedback in order to provide an even better rewards experience for all.

It’s fair to say that while people have been enjoying offers and earning a lot of rewards there have been difficulties with offers. Browsing through individual providers was time consuming and there were some providers who have let us down with offers that don’t pay rewards properly, leading to frustration for Yamgo and our users.

The biggest change to Yamgo in version 1.0 is a completely redesigned Earn page. We’ve gotten rid of the separate pages for different offer providers and have built a brand new user interface that is easier to use. The biggest change to the Earn page is that all of the offers you’ll see have now been individually selected by a dedicated team of curators at Yamgo. The curation team have been carefully reviewing and testing offers to ensure that you have the best possible experience with offers.

An improved Boost and Prestige system

The new Boost and Prestige system has lower entry requirements to join and earn your first boost. The number of Boost levels has been adjusted from 20 to 30 and Prestige is becoming a significantly more important factor when your random Boost reward is generated. For a small number of people this change unfortunately means that they will earn less HBAR than they do currently, but this change is necessary. The updated and improved Boost is fairer for all and will allow more people than ever to claim daily boosts. It also means that the most active users of Yamgo will enjoy more rewards.

The unfortunate reality is that since the launch of Yamgo there has been a large amount of spammers and fake users trying to game the system and claim rewards from sign-up and referral fraud. While Yamgo has an evolving fraud prevention system that blocks the majority of fake sign up attempts before users can even register an account there are some more sophisticated spammers who have gone to extraordinary lengths in order to create fake accounts and attempt to fraudulently earn rewards or Yamgo points. Our initial response was to continuously monitor and block these accounts, removing them from the system while reducing the rewards and incentives for these bad actors to commit sign-up fraud, however this also meant less rewards for honest, legitimate users of the platform.

We’ve changed the referral system and have removed the bonus when somebody you refer signs up. Instead we have significantly increased the rewards for other and more meaningful actions inside Yamgo, so real Yamgo users who refer friends that truly engage with the Yamgo app will make more significant rewards while spammers who manage to get past the roadblocks will get nothing. As before you can earn referral rewards when your friends complete their first offer, join Yamgo boost or reach Bronze prestige. These rewards have all now been increased.

After the initial launch of Yamgo “When USA?” quickly became the most popular question that the community has asked. The answer to that question is “right now”. As of v1.0 Yamgo will now be available to users in the United States and Canada.

We’re working on a lot of exciting projects and features for Yamgo over the next few months and we’re aiming to release updates as quickly as possible. From new ways to earn by watching short video content, a daily bonus game to even more daily rewards, Yamgo has lots of big plans for 2022.

Ryan Davies is the Chief Product Officer For Yamgo Ltd. As the Head of Product Development Ryan oversees all aspects of product research, strategy, design, transformation, delivery and innovation. Ryan is a Product Designer, Creative and Cryptocurrency & Blockchain tech enthusiast who drinks too much tea.